Relax! There’s nothing “magical” about hypnosis

What is hypnosis or hypnotherapy?  Hypnosis is a naturally occurring trance state that happens all the time throughout the day – it’s simply a relaxed state of focused concentration. In fact, you’ve probably experienced a mild state of hypnosis, called Alpha consciousness, many times, but just never knew it. For instance, whenever you’re driving on the freeway, but thinking of something else and you realize you’ve just passed your exit, then you were in an Alpha state. That happens to all of us, doesn’t it? And that’s hypnosis.

A deeper trance state, called Theta, can occur when you come home from work, exhausted, and all you have the energy to do is to pick up the remote and watch TV. Television actually creates “Theta waves” in your brain, and advertisers use your suggestibility in that state to “hypnotize” you into buying their products. In fact, one of the reasons there is such an epidemic of obesity in this country right now, is that for the last sixty 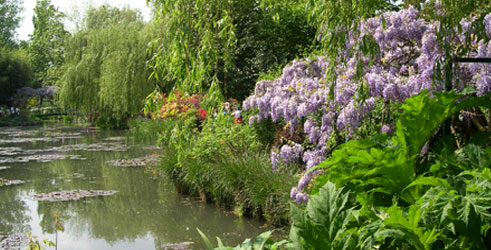 years, we’ve all been hypnotized into eating the wrong food, at the wrong time and in the wrong amount.

The deepest level of hypnosis, Delta consciousness, allows you to access your subconscious, unconscious mind. There is one simple, central truth about every level of hypnosis: all hypnosis is self-hypnosis. A person who is unwilling to be hypnotized cannot be hypnotized, for hypnosis to be successful, the individual must be willing and cooperative. So forget all the mumbo-jumbo you’ve seen on television and in movies. What I do is based on scientific research and fact, not fiction.

How does hypnotherapy work?

The latest research proves that the human brain functions like a self-programming computer, made up of many different modules. Each module in your brain was created at a different time in your life, and in response to different situations. From time to time traumatic events happen, and in response, your brain programs itself to do what it “thinks” will protect you. Sometimes, however, the brain makes mistakes. Problems in this “programming” happen because at the base of your brain there is a small piece of “hardware” called the amygdala. It’s the size of a walnut and it’s also called your lizard brain, or the ancient brain. It’s the part of your brain that has allowed your DNA to march the 40,000 years toward being you. It’s the part of your ancestor’s brain that when his eyeballs saw the lion rushing at him from out of the jungle, his feet ran ten miles in the other direction before his brain even had the opportunity to stop and ask the question, “Will that lion eat me today, or will he not?” Otherwise, you wouldn’t be here, so it’s been very beneficial to have the amygdala working for us!

The amygdala, however, runs on a very powerful emotion — FEAR. Now there aren’t very many tigers, lions or bears rushing at us anymore, but all we have to do is turn on the TV or radio, and our bodies go into that same fight or flight response. But because we can’t run from what threatens our lives, it creates STRESS! As I said, there are many different modules in your brain, created at different times, in response to different traumas, events, and belief systems, some downloaded into your brain before you were even verbal.

Let me call one of those modules your three-year old self, and let me call another module your thirteen-year old-self. Now when your Inner Three-Year-Old gets STRESSED, it wants what all three-year-olds want – comfort. Something sweet, something fatty and it wants it now! (What it really wants is: love.) When your Inner Thirteen-year-old gets stressed, it behaves like all Thirteen-year-olds — defiant. “You can’t tell me what to do!” The only problem with those Inner Thirteen-year-olds is that they don’t have access to the Adult part of the brain that understands consequences — the consequences of carrying around too much weight or smoking, for instance.

Hypnotherapy can help you access those inner parts of your brain, those different modules, so that you can radically change self-sabotaging behavior or limiting beliefs about your life. It’s a technique known as “Cognitive Behavior Modification,” a fancy way of saying: If you change what you think, you can change how you behave. And you can change your physical brain structure.

I have helped hundreds of people overcome destructive behavior, and lose the 20, 30, 65, or even 110 pounds that once robbed them of their health and happiness. If they can do it, so can you!

** Disclaimer – Individual Results May Vary.  Hypnotherapy treatments are not a substitute for medical diagnosis and treatment, and no medical claims are made regarding these treatments. People with serious conditions should consult their doctor.