Happy New Year and onto a prosperous, health filled future! Forget all your “resolutions,” because they won’t make you happy. Resolutions are short term and you’ll forget what they were by the Chinese New Year, next month!

What will make you happy is looking at your own entrenched habits of “doing, thinking and being,” and deciding which habits support your long term goals and which ones you are ready to change.

What are your long term goals? Do you know? If not, figure it out! ;^)) You’re the only person who has control of your life. 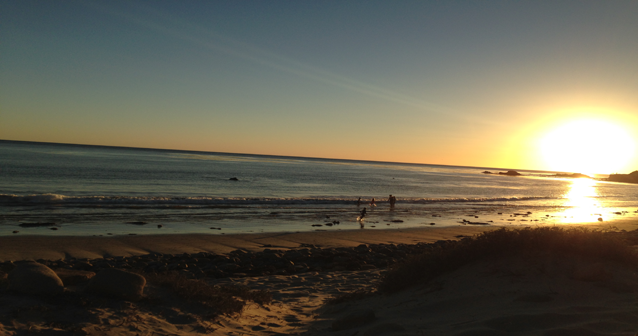 Make a compassionate evaluation of your life right now and what you’re doing with it. Ask these questions: Will this lead me in the direction of my goal? Or will it not? Does this relationship support me into become the best “me?” Or am I making choices for someone else’s best interest? (Ah, girls! We all do this! ;^)) So give yourself a break. It’s part of our brain-wiring!) But be aware. Are you in a relationship to get love or approval? What do you receive in return?

Don’t start judging or being angry at yourself. Just sit. Close your eyes. Follow your breath and see what thoughts arise in your mind. Don’t judge – just watch them. See what the quality, the tone of your thinking is — the quality of your “inner-monologue.” Then make a commitment to take one action that will support your own goals. Write it down on a calendar – and then just make the commitment to do it… until you succeed! Yes, you’ll fail at first… but if you just commit to that one thing, you will succeed!
What you’ll read next what a new client wrote after her first past life regression. Kathy, 28, who movie star beautiful, with porcelain skin, dark shiny hair, and bottle-cap blue eyes — she actually looks like a famous movie star from the 1920s. She came to see me because she was depressed, anxious, and had a sense of hopelessness that she couldn’t shake. She’d tried talking therapy, drugs, the usual but nothing helped. So she came to see me. Kathy is newly married to man who because of his own “issues,” he cannot have sex. (He’s on anti-depressant, psychotropic drugs.) He new husband told her that trying her luck at writing or acting was a waste of time, and that she needed to get a “real job.” And so she works in advertising and hates it.
So in the third session, when we did the regression, I asked the question: “Why are you afraid of your own power?” This is what she wrote:
“My Birth to this Life:

I recognize both my mother and father immediately and I am happy to see them. I know that I am more advanced than they are but we agreed on this arrangement before coming. I have very specific work to do with each of them respectively. We agreed that their placement in this life as my parents would be mutually beneficial to all of our work. I saw my grandmother as well, she was placed in this life to make sure I got on okay.
First Life: Early 1500’s, Ireland

As I sitdown to write this, I remember that Rebecca was a nickname given to protect me, my real name is Rhiannon. I was born to a King and Queen, very loving and very kind. My mother I recognized, but not as anyone in this life. My father looks like Daniel Day-Lewis. I have no brothers and sisters and though I am an only child, I was never spoiled, just headstrong. I had a big room and as I write, I remember I had a nurse, who is my older sister in this lifetime.

I realized I had powers when I was thirteen and I had a teacher, who was an alchemist or a sorcerer. He taught me everything about the Old Magic. He told me that I had a special gift and that it would help many people. (He was my grandmother in this lifetime!) It came very naturally to me and because I was so excited, I shared it too willingly. But word of my powers ended up spreading.

When I was in my twenties, twenty-four I think, our castle was stormed in the night by an army who came from Germany, but they weren’t German. They were Christians. They killed my parents, my nurse, and the alchemist, because he refused to say where I was hidden.

They found me locked inside an observation tower. Four guards, two of which were leaders. The leaders were my stepmom and stepdad, in this lifetime! They said I had something they wanted and that they came to take it. The guards held me down and I was raped by the two leaders – they thought by doing this they’d “steal” my power. Then they cut me open and took parts of me.

The lesson of this life was harsh, but very important: don’t flaunt your powers, don’t disrespect the infinite. I needed to learn this lesson.
In-Between:

When I get back “home,” I see my soul-group. There’s only three (fuzzy-lighted things) including my guide. They are happy I’m back and they are proud of the lesson I learned, but they are disappointed because they would have liked for that life to been more successful. They say it’s okay, that I’ll finish that work in my current life.

I am an orphan in this life called Johanna. My mother was a prostitute (and she’s my mother in my current lifetime) and she had me at fourteen. I was given away instantly. I arrived in Salem at an orphanage under the care of a very sweet older woman (my grandmother again). Though she is very sweet, the other children are not. They make fun of me for my crazy, curly red hair. They called me dirty. When I am 13, I have powers again and I use them to scare a boy who is always mean to me – my ex-boyfriend in this life, Jason. I get kicked out of the orphanage but am taken in shortly after by a man in the village, my father from the Irish life. He’s an apothecary and teaches me everything about medicine and healing. He sees my powers and accepts them. He passes away and I am left alone to run the shop.

I meet a boy in the town, Michael in this life, and we know each other a long time before falling in love. During the first time we have sex, I orgasm and he becomes overcome with fear because women aren’t supposed to be able to do that. He struggles but ultimately turns me in for being a witch, so he can remain true to his faith (he was an apprentice to the Christian priest).

My next memory is of me in my cell. My jailer is Brian, my husband in this lifetime, but he’s a young boy, maybe sixteen. There are other guards, but he’s the one who sits watch outside of my cell. I beg with him to let me leave and eventually he does, but it’s too late.

I see my death. I am drowned in a lake, they tie rocks to my body and I can feel myself floating down and resting on the mucky, grassy bottom. I leave my body before I die this time and I can see my red hair in the water. Michael is crying profusely and Brian is also. There are many people who came to watch.

My group is again happy to see me and proud of my progress but still upset that I chose a man over my agreement to the work. They remind me that the gift I have to give and the job I have to do is very, very important and not to be taken so cavalierly. The lesson of that life was not to base my self-worth on someone or something outside of me.

As I write this now, it feels as if my guide sits next to me, and remindsthat as a result of the numerous times I have been killed, punished, tortured, oppressed, controlled, and lied to about my power own power, that I need to carry it humbly.

Now, I feel connected to my purpose and power now, and my guide says this because of our merging of heart-energy in today’s session. Thank you, Stephanie!”

Kathy’s already lost ten pounds and is now so happy! She’s ready to own her power, but she flaunt it in this lifetime! If you’re ready to own your own power, let me help you!

A New You In The New Year!