Are You Hooked On Junk Food? 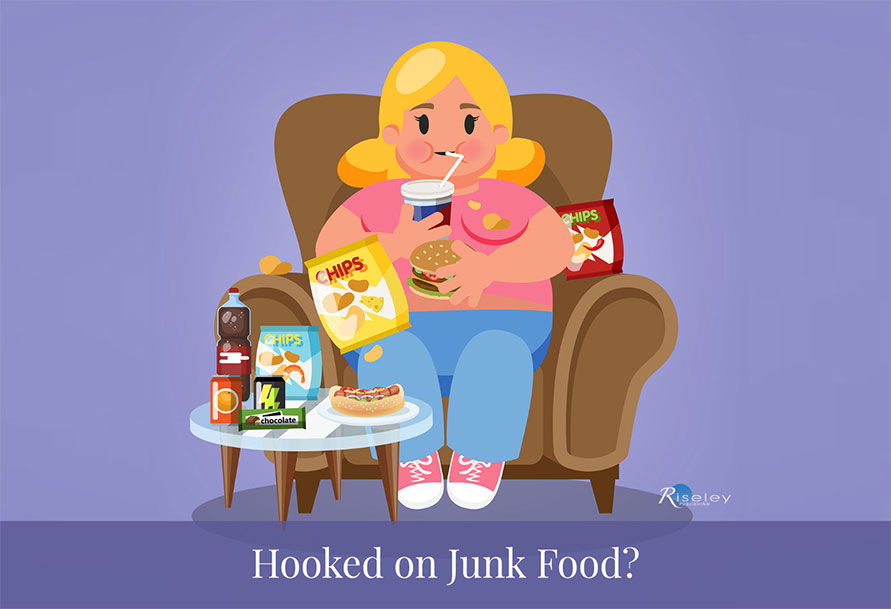 Hooked on Junk Food? Addicted to Mickey D’s? It’s Not Your Fault!

“Hooked,” a new book by Pulitzer Prize-winner Michael Moss, tells the sordid story of how big food companies conspired to get you fat.  How?  By scientifically hi-jacking the reward system locked inside your brain – the limbic system.

According to new research, junk food and processed “fast food” creates an addiction more dangerous to your health than tobacco.  In his previous book, “Salt Sugar Fat,” published in 2013, he avoided using the word “addiction” to describe the cravings that compel people to over-eat.  “I thought it was totally ludicrous. How could you compare Twinkies to crack cocaine?” But Moss discovered that “no drug can fire up the reward circuitry in our brains as rapidly as our favorite foods.  “The smoke from a cigarette takes 10 seconds to stir the brain, but a touch of sugar on the tongue will do so in a little more than a half a second, or six hundred milliseconds, to be precise,” he says.  “That’s nearly 20 times faster than cigarettes.”

Nothing new to me.  Because I was lucky enough to lose my health at 18, to get my health back, i.e., be able to walk without agony and breathe again without being in excruciating pain, I had to change my habits and my worldview.  I dove head-first into the science of nutrition, and I learned what worked for my body and what didn’t.  I walked away from Big Medicine and studied Alternate Health protocols while still in my ‘20s.  I’ve eaten as organically (or “cleanly”) as possible for the past 50 years and done an okay job of steering clear of fast foods and sugar most of the time, and it’s paid off.

When people say, “You look good for your age,” I smile and say, “Thanks!  Try eating organically for 50 years, stay out of the sun and do yoga, and you will look good too!”  Unfortunately, when I was young and addicted to all the stuff the TV told me was good for me, like Trix, Cocoa Puffs, Oreos, and Bob’s Big Boys, I was 50 pounds overweight and suicidal because of it.

Over the years, I’ve watched the advertising industry tout junk food and diet plans galore.  According to Moss, the most cynical thing that Big Food did was to buy diet companies like Jenny Craig and Weight Watchers.  Those companies sell programs that supposedly get you lean.  Then they sell you their own processed fake food on their “diet plans,” but they fail long term.

Awareness Therapy is the foundation of all the work I do, and Past Life Regression or simple Regression Therapy can uncover deeper sources of sabotaging behaviors.

If you need help, go back to my main website’s HOMEPAGE.  Listen to the audio that says:  How I Work/Cost.

Many Lives – Many Lessons