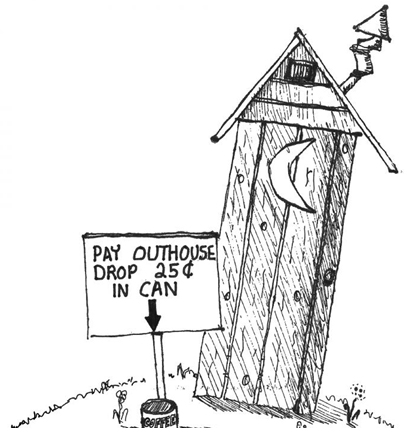 Have you made a decision to take control of your life in the new year? I certainly hope so. It’s possible for anyone to make a change for the better, but you need to know that it takes more than a decision, it takes determination.

ask my clients to commit to five sessions to begin with, because doing just one session doesn’t produce the changes that need to be made in order to succeed.  For long lasting changes to happen, people must commit to do the work it takes to change the habits of thinking, doing and believing that have created the problems they have right now!  I use awareness therapy, cognitive behavior modification, along with past life regressions therapy to help people change their lives.

Many people who come to me have been in “therapy” of one kind of another for years.  They’ve done talk therapy, drug therapy, crystal healings, charka balancing; you name it, they’ve done it.  People seem to come to me when all else fails.

I love people who want to succeed and who do the work it takes.  This morning I thought of one of my amazing clients who changed years of blame, resentment and anger in just five sessions.

How did he do it?  He did the work.  Awareness therapy entails being “aware” of your thoughts and evaluating your own “habits” of thinking, doing, and believing!  And then consciously, cognitively changing them into habits that help!

When Sammy, a fit energetic 70 year-old, called me, he was deeply depressed.  His 90 year-old mother had just died, and he worked at job that barely supported him.  He was filled with roiling anger and he couldn’t enjoy his life.  He’d made every mistake he could have made, from his point of view, and he wanted to change.  If not now, when?  He knew he had a deadline!

Before 2008, when his life went to hell, Sammy had lived the Orange County dream:  He lived a fast life, filled with women, red Ferrari’s, not to mention the track-mansion on the hill.  He’d also lived on alcohol, coke, psychotropic drugs his psychiatrist prescribed — just to dull his psychic pain.  Nothing seemed to help him feel okay.  When his third wife killed herself, he knew that their Orange County dream was simply a nightmare.  He’d hit the end of that road.

So after our first session, Sammy did the work needed.  He evaluated and uncovered all his sabotaging thoughts, beliefs and behaviors – and made a long list.  He then decided to change them slowly.  He replaced them with thoughts, beliefs and behaviors that “were in line with his intentions.”  He did the brain exercises in the first and second sessions.  In the third, with the past life regression, he discovered why his connection to his mother was so strong.  And he found a way to forgive himself, and have compassion for others.

Because Sammy began to be “aware” of his own thinking, he began to evaluate it.  One day in heavy traffic, as he waited impatiently at a stop sign, he watched a 400 pound man hobble across the street.  And he thought, “Why doesn’t he just let go of all that blubber?”

Not very compassionate, to say the least, but because he was finally “paying attention” to his own thoughts, he got hit with an epiphany about his own “400 pounds of blubber.”

And it hit him like a lightning bolt, “Why do I want to carry my own 400 pounds blubbery-misery-invested-past in my brain?  Why do I keep diving into it, and swimming in it every day?  I’m ready to let it go!”  And he showed up at my office, a changed man – ready to own his power again.

Then he told me a funny story that foreshadowed his entire life.  When he was nine, he was at a farm in the Midwest that had an outhouse.  Being a curious little boy, he took a big brick, looked down into the stinking poop-hole, and then threw that brick down there.  Guess what happened?  Yes!  You got it!  He got splattered – completely covered in poop.

And as he told me the story, he laughed and laughed.  Because he realized at that moment, that all he’d been doing since then, was looking down the into a poop hole, throwing brinks down and getting covered in poop.

I asked if he was ready to stop throwing those bricks, and he said, “Yes!”  And he did.  And he changed his life into one that was filled with compassion, forgiveness, gratitude, love and service to others.  He found a way to make other people happy and in doing that he gave himself the gift of a happy life!

Today, if you can begin to look at your thoughts, and see where they go, maybe you, too, can have an epiphany that will change your life!
Call me if you want help, okay?

Remember, I answer my phone if I’m not in session. That’s right, I don’t have an assistant, so you’ll be talking to me. And if I don’t get back to you, please be patient. Just call me back.

Sorry, I don’t make appointments over the internet. Please understand that I will need to talk to you, and hear from you directly about what you want to achieve.
Give me a call today! My phone number is: 323.933.4377

P.S. – Clients fly into Los Angeles from all over the country to see me, but I know that not everyone has the time or money to do that. Even if they could, there simply aren’t enough hours in my own day to help all those who could benefit from what I teach. Click here now for an affordable alternative!