How Dr. Bieler and His Protocol Saved My Life and How it Might Help You!

“FOOD IS YOUR BEST MEDICINE” 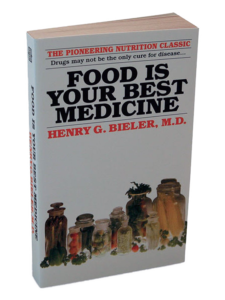 Systemic Lupus Erythematosus is an auto-immune disease where the body creates antibodies to its organs.  So in my case, my heart attacked my lungs.  My lungs attached my kidneys, my kidneys attacked my liver and who knows who my liver went after.  My body was not happy being me!

And I was just 18.  At the time, I worked on Wilshire for a young rheumatologist, because I wanted to be a doctor myself.  I couldn’t afford to go to college, so I was taking night classes in chemistry, physiology, and English at LACC.  On top of that, I was 18 in 1965 in Hollywood, which is a novel unto itself.  Read:  I was young, strong and getting no sleep!

One morning I woke up in so much joint pain that I couldn’t walk, I couldn’t raise my arm above my head to brush my hair, and I couldn’t breathe.  Diagnosed (mistakenly) with rheumatoid arthritis, the doctors put me on twelve aspirins a day.  That didn’t help much.  I limped around in pain, trying to be young, but feeling as if were 90.  Everything in my body hurt all the time.

Within a year, I developed pericarditis and bi-lateral lung effusions.  In English, the sack around my heart became so inflamed that it dripped down into my lungs and filled them with fluid, making it impossible to breathe.  I was stuck on 60 mg of prednisone, but the lung effusions didn’t stop, and I wasn’t getting better.

By the time I was 23, I’d been in and out of the hospital so much, that someone asked, “Why are you in the hospital all the time?”

“Because I have Systemic Lupus Erythematosus,” I said as if I were going to pick a fight.   No one had heard of lupus in those days, so I was pretty defensive about it.

“Really?  I have a friend who nearly died of that.  She was at Menninger’s Clinic, but her father pulled her out of there and took her to this crazy health food doctor down in Capistrano.  She lives here in Berkeley.  You should meet her.”

I called her at once, and she told me how Dr. Bieler had saved her life by putting her on a healing regimen of eating his famous Bieler Broth (recipe below) and following a manageable way of eating once on the mend.  His view of disease is that the body will heal itself if you get the toxins out of it, let it rest, and take extreme care of it.  At least for a while.

I bought his book, then I wrote to Dr. Bieler (there was no internet in 1970), and he wrote me back telling me to come and see him.  So on June 1, 1970, I drove from Berkeley to Capistrano, pulled up to his bright green Bieler Broth colored house on a cliff in Capistrano.  Then Dr. Bieler, who was a lean, spry 93 at the time, spent the afternoon with me.  He explained that my body couldn’t digest gluten (wheat products) and that if I could wean myself off the prednisone slowly while doing as he suggested, he was sure I could heal.  He wanted to see me again in October.  But by October I had moved to New York City.

But I healed.  It didn’t happen overnight.  My body took years to heal completely.  But if I’d stayed on prednisone, I’d be dead now.

Instead, I’m healthy and happy.  And have more energy than I did at 18.

As I tell my clients, I started off in this life to become a doctor.  But I don’t think the gods wanted me to go to medical school.  I was a doctor in my direct past life.  In this lifetime, my body has been my teacher.

So for you?  Listen to your own body.  If this protocol feels good for you, then try it.  So many of clients have benefited from doing this.

Below is the recipe for Bieler Broth and the protocol that he suggested for me. 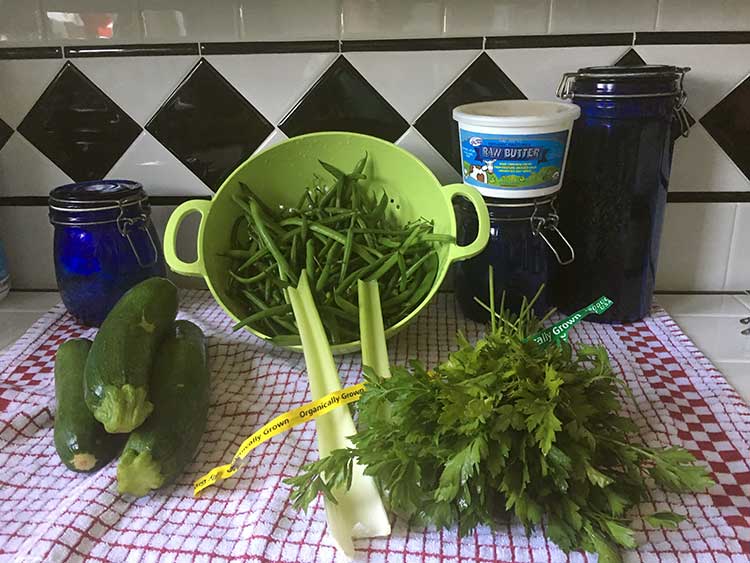 For the veggie’s, do the best you can.  If you can find organic produce, that would be great.  Sometimes that’s not possible, so try not to buy produce from Mexico, because their water table is so toxic.  Frozen veggies will do in a pinch, but don’t bother with canned veggies.

1 tbsp. or a dollop of Butter, (very important).

Steam the veggies together in a steamer or pot that retains the liquid. (You can use a large frying pan with a little water added if you don’t have a steamer or double boiler.) 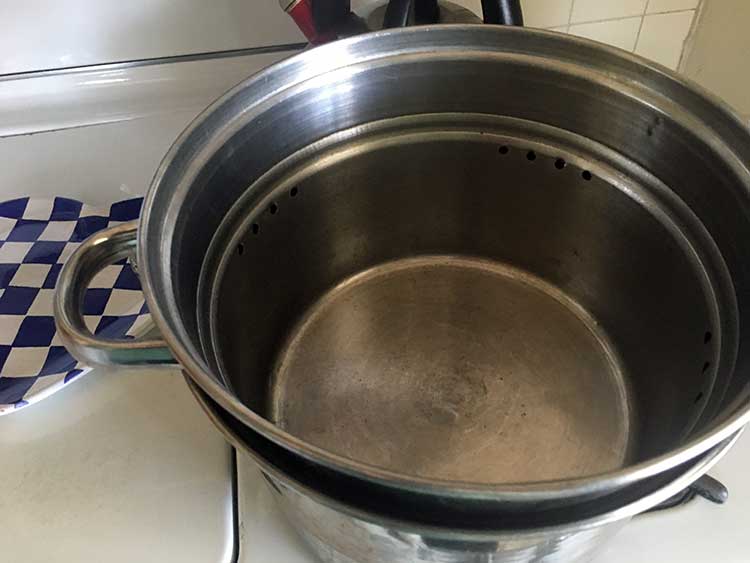 Then put the veggies and the liquid from the pot (that’s where all the vitamins are) into a blender. 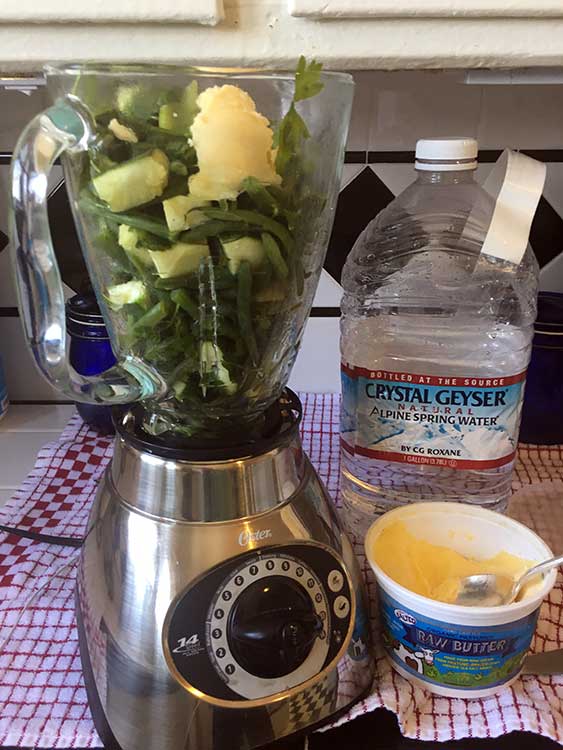 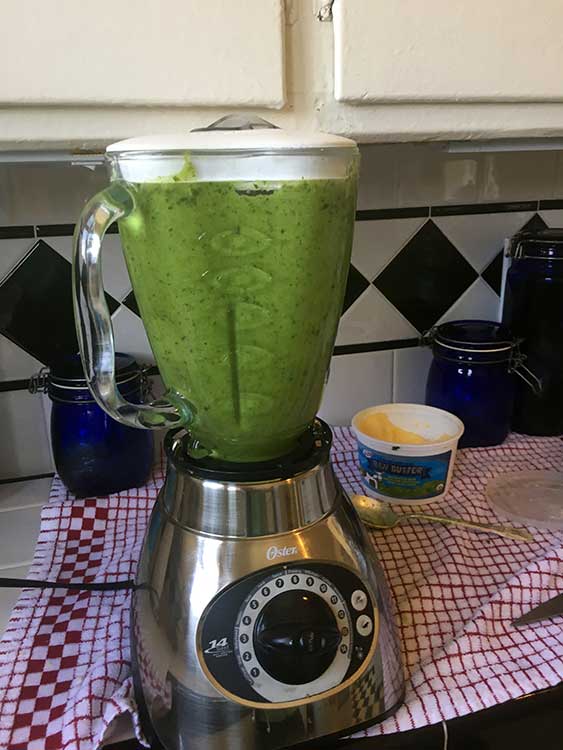 Sit down and eat a bowl (it’s quite good!) and think good thoughts.

If you want to do this as healing for your body, please read his book.  It helps your brain and your belief system to stay focused.

You might want to take a couple of days off to rest because this soup detoxes your liver and kidneys.  You might feel as if you have a bit of flu, but your body is just getting rid of its toxins.

Dr. Bieler also suggests evacuating your digestive system with an enema of warm water mixed with raw milk or raw yogurt.  It’s not the most pleasant thing to do, but if you’re desperate like I was, you’ll do what it takes.  Getting healthy isn’t for sissies or the faint of heart.  It means taking control of your own body, and your healing.  You know what’s working and you know what’s not.

THE PROTOCOL DR. BIELER GAVE ME

4 to 6 oz of rare beef or lamb – grass-fed organic meat would be best.

Bieler broth or a pear or an apple.

If you’re hungry after dinner, then eat more Bieler Broth, or have a ripe pear or an apple.

Staying with any eating change takes time and work.

As I said, at 23 I hit the wall and realized that Big Medicine would kill me.  Because I was desperate, I didn’t have a choice.  It was either do this or die.

People always ask:  How long did it take for you to get well?  And I never know how to answer that.

Dr. Bieler asked that I see him again in September, but by September, I’d moved to New York.  I never saw him again.  I gave him a check for $15, and he never cashed it.

It took me years to build my body back up.  I joined a gym, took ballet, did yoga, and I walked.  And little by little, I got stronger.

I still do yoga, and I still walk.  According to Deepak Chopra, that’s all you need to do to stay healthy.

The most important part of this protocol is to be flexible.  Do what you can do, and don’t make yourself (or the people around you) crazy.  There’s a lot of bad information out there. So many “my way, or the highway” gurus about nutrition and food. I encourage my clients to begin to listen to their bodies.  And be kind.

Healing Through Past Life Regression