Open Your Heart to Love

By Stephanie RiseleyApril 22, 2021Hypnotherapy, Past Life Regression Therapy
No Comments 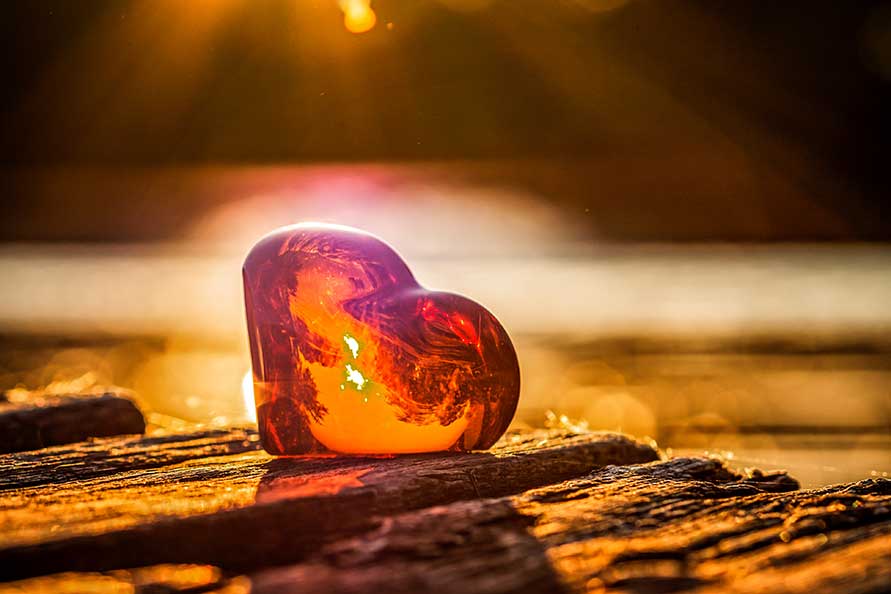 How Past Life Regression Can Open Your Heart To Love

People call me all the time wanting to find their “one true love.”  Or wondering why they’re so resistant to loving their wife, husband, or partner.

I usually ask them to read the first four chapters of my book Love From Both Sides – A True Story of Soul Survival and Sacred Sexuality.  It’s on my website because it’s about how it’s possible to find your “one true love” and then renege on an “agreed upon soul contract” to love.

It’s not a love story – it’s a cautionary tale about how a soul can find “true love” and then refuse to embrace it.  It’s been almost twenty years since my darling husband Dan died, but honestly, it still pisses me off that he refused to step up to the plate and open to love.

Of course, he came back from the “In Between.” He apologized (and apologized and apologized!), then pushed me into doing what I do now, for which I will be eternally grateful. Still, the opportunity to love him – in his amazing Dan body – will never come my way again.

Because of my own experience, I believe that we’re all here in earth school to learn to love.  But learning to love unconditionally sometimes takes more patience, practice, and commitment than anyone wants to give it.  Recently I’ve had a spate of clients who need help with “soul mates.”  One client, who is in a solid marriage of ten years, became obsessed with another woman, and the obsession was threatening to end a marriage.  When we did the Past Life Regression, the client “saw” that the woman had been his mother in two other lifetimes.  Those kinds of “pulls” can happen all the time.

When Jeff, a handsome 52-year-old animator, called me, however, it was because he’d had a heart attack.  He needed to lose weight, and he wanted to be hypnotized into taking better care of his body.  Jeff had been wild in his young life, coke and alcohol being the biggest addictions, and he was concerned about his health.  He also wanted to understand the relationship he had with his wife.  They’d been married for twenty years, a second marriage for both, and he tried to understand why it was so fraught with problems.

In his first past life regression, he saw himself as a struggling artist, who also had an alcohol problem, and in that life, his work was terrific but far ahead of its time.  He didn’t learn patience in that lifetime, so he killed himself, angry at the “Salon.”  In this lifetime, he paints for his own pleasure and sells his paintings as he pleases!  (And they are amazing, too!)

In his following regression, when I said, “Look at your feet.”

I asked, “Are you pretty, or are you plain?

“Oh, I’m beautiful!  Everyone responds to my golden curls.  I’m the apple of my daddy’s eye!  I’m so manipulative!”

When I said, “Next pivotal experience.”

As Jeff said that however, from another part of my brain, I heard, “It’s not rape at all.  Have him go back and see what really happened.”  (As my clients know, I’m a channel.  I don’t do these sessions alone.)

So Jeff, a little uncomfortable about being in a woman’s body, rewound the scene and realized that Charlotte knew exactly what she was doing that day.  She loved Reggie, always had, and even though their love was forbidden, not to mention illegal, it didn’t stop that head-strong beauty from getting what she wanted.  She was seventeen the day she sashayed her way into the stables, knowing that 19-year-old Reggie would be there tending to the horses.  She flirted with him, teased him, grabbed the brush from his hands, and started caressing the mare’s neck, pretending to groom her.  The poor boy lost all control, and they wound up making love in the hay.  Because of the historical times and the values of the South, she felt ashamed and conflicted about what she wanted – she knew she wanted Reggie.

I said, “Look at Reggie’s face.  Do you recognize him?”

Charlotte never told a soul about what had happened.  Reggie was sold soon after that, and Charlotte made a conventional marriage.   By the time her father died, she’d learned his lumber business and decided that she would run it.  She used her beauty and social position to find ways to connect to the Underground Railroad and the Abolitionists – an extremely dangerous thing to do in the 1850s.  She was fierce and brave, and she found a way to “buy” hundreds of slaves, transport them to plantations close to the Mason/Dixon line and then get them to freedom.  Reggie, too, was a part of the Underground Railroad, and after the Civil War, he made his way back to Charlotte.  They could never be lovers again, but Charlotte took care of him until his death.

Jeff wrote:  The lesson in that life was to be strong in a time of mass change and to use her assets to help in that change, which she did.  The missed opportunity was allowing the social condition at the time to dissuade her from pursuing her love in that life.

So in this lifetime, Jeff’s ready to open up his heart to his wife, Carolyn –  Reggie in that life.  And take care of his body so they, as a couple, can have lots of time to love each other.  He’s lost weight; he’s exercising and eating for his brain!  Which is what I hypnotize my clients into doing.

So, if you’re in a relationship with an annoying mate, just remember that everyone annoys everyone else.  That’s the truth of it.  But if you can accept that other flawed human and choose to love them, you will have done what you came in to do.  Don’t be like my Dan, and die wishing you’d opened your heart to love.

Do it now, okay?  You’ll live longer and be healthier too!  Hypnotherapy, Awareness Therapy, and Past-Life Regression can change your life.

Are You Hooked On Junk Food?