By Stephanie RiseleyMay 6, 2021May 19th, 2021Past Life Regression Therapy
No Comments 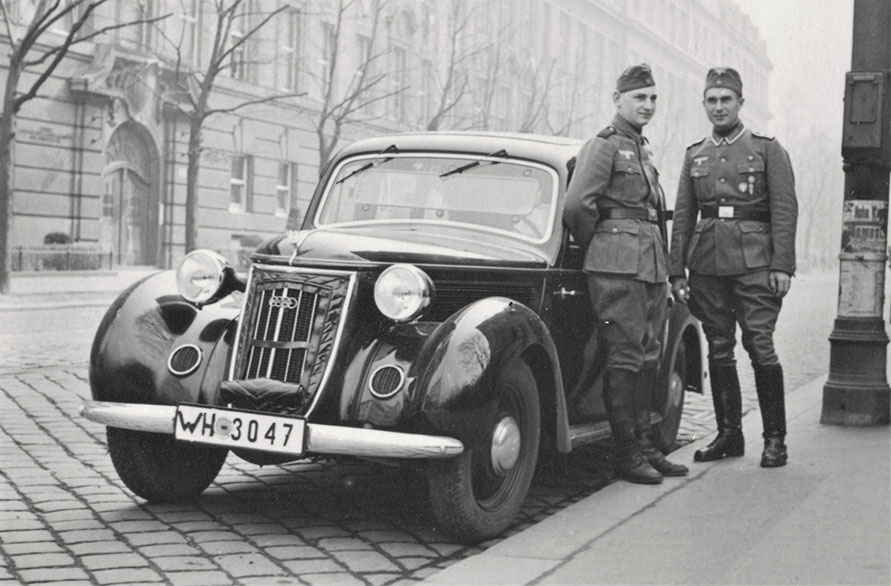 Have you ever met someone you felt an immediate attraction to?  Or been in a place that felt too familiar, but you know you haven’t been there?

Ever wondered why?  It could be a Past-Life relationship.  I know because when I worked at Disney in the 90s, a beautiful young woman who sat in the front row of a meeting caught my eye.  I thought, “I have to meet her!” It turns out she was my daughter in my direct past life in Germany. She’s still a great friend.  In high school, my best friend then, Jane, was my wife in that same former life.   In that immediate past lifetime, I died in Auschwitz because I was born Jewish.  It was a soul-growth life.

I just finished reading: “The Splendid and the Vile” by Erik Larson.  A riveting book about Hitler’s attack on England and World War II.  A catastrophe started by one man, who served up a Big Lie, then used propaganda to deceive his enthusiastic followers.

Lately, many of my clients have been Nazis in their past-lives, and usually, they’re shocked.  But here’s an especially interesting past life:

Christina is a beautiful, 38-year-old academic from Columbia.  She was born into a chaotic war zone to a stressed-out mother, who immediately rejected her.  Soon after that, her father abandoned both her and her mother.

Years later, Christina married a man who betrayed her.  At her wit’s end, she came to me find out “Why?” I don’t have the answers, but doing a Past-Life Regression can help put things in perspective.

I ask my clients to write up their regression, so here’s what she wrote about her regression:

“Hans was born into a mixed family. His mother was Jewish, and his father was Lutheran. He was born in Germany, and as a child, the family endured World War I. He was an only child, and his mother was very protective of him. His mother was my friend Sarah in this lifetime (the woman who has also lovingly taught me to cook kosher meals and observe by her side Jewish holidays).

“His mother had chosen to hide her religion. I could sense that the reason was related to some painful memories in Russia. Nevertheless, Hans was raised praying in Hebrew, knowing many of the principles of Judaism, and celebrating in hiding many of the holidays and rituals.

“Hans was an excellent student. He was also a very good son. When he reached young adulthood, his mother gave him up to the German army out of fear. There, he continued to pretend not to be Jewish and began training as a soldier.  I saw him wearing his first pair of army boots. I saw him training in the mud and snow. I saw him flying planes and learning to shoot. Then, I saw him looking at himself in the mirror for a second, and I saw my ex-husband when he was very young.  I also saw him avoiding the front lines because he was afraid.

“Using his intellectual abilities so he wouldn’t have to witness and/or be part of the ugly side of combat, he worked his way up the administrative rankings and became a well-established officer. As a young man, he did not fully understand the evils of war. Nevertheless, he was an excellent strategist. He built a strong career with the German army.

“About fifteen years went by. It was the end of 1942. The tables were turning, and the success of German military initiatives had started to fade. Hans was alone in a dark, elegant office wearing an impeccably clean uniform, which displayed various symbols and adornments. His desk was large and incredibly clean and organized.  There were pictures of high-ranking officers on the walls.  He looked sharp, powerful. He was tall, white-skinned, short blonde hair, beautiful light eyes. He was cold. He was very lonely. His soul was destroyed, flooded with deep, dark shame. I thought: How can someone who looks that good feel so horrible?  There was a vast discrepancy between his looks and how he felt inside.

“A table lamp lit a small stack of paperwork on the desk. He was sitting on his chair, staring at this stack for a long time. He needed to sign the top page, but he didn’t have the Courage. His signature would send yet another group of soldiers to the battle of Stalingrad (a three-month battle that ultimately cost the German army 1/4 million soldiers). He had seen so much death, so much despair. He closed his eyes, and the memories of him and other officers walking through the rubble of human parts, burned equipment and decimated towns played in his mind–gruesome, grotesque, and inhuman.   He knew this next group of soldiers was going to be massacred just as the groups before them.  He thought of the recent news about the concentration camps. He thought about the Jews. He remembers touring a gas chamber.  He now knew that the chambers were being used to exterminate Jews.  He felt like a traitor. He thought of his mother and his father, who fled to England. He knew that he would never see them again. He was discouraged, depressed, depleted.

“He recalled a childhood memory of him and his mom lighting candles during a religious ritual, in hiding in the attic of their home. He began to say the Hebrew prayer that he and his mom said that night. A voice in his head recited “Baruch Atah Adonai” – he mustered the strength to grab a fountain pen.  “Barucha Atah Shekhinah” – he slowly signed his name at the bottom of the page as he cried through every word. He thought again of the consequences of that action. He thought that things were not supposed to have gone this far. I heard him think the words “unnotig” and “furchtbar” (unnecessary and dreadful) in different sentences. Reciting that prayer for this task further broke his spirit, and as he wrote the date after his signature, he repeated the second verse in his head, “Eloheinu Melech Ha-Olam.” And then he put his head down over his crossed arms and sobbed desperately but quietly over his pristine jacket.

“Shortly after, he deserted the German army, fleeing to Valparaiso, Chile. He boarded a ship carrying an old shoulder leather bag his father had made him to take to the military as a young recruit. He was wearing simple, humble clothing. Getting to the harbor was difficult, but he escaped without any trouble. He gave the boat captain a small bag with money as he boarded the ship.  I couldn’t see if he had a wife and children, which he presumably would have abandoned since he fled alone. The presence of his professional life was so powerful there was no room for personal matters.

“Once in Chile, he found his way rather quickly. He was welcomed with open arms; some even admired him. He turned to his father’s craft, shoemaking.  He lived a quiet life, keeping his truth to himself. He did not take part in any public religious rituals of any kind.  He ended his life by the side of a loving Chilean woman who had grown-up children living nearby. She loved him dearly and took care of him but never knew the story of his life or the meaning behind some of the trinkets he hid in his drawer.

“He died in a lovely home, on a bed a bit small for his large stature. Elegant white linens covered him. He felt the regret and anguish he felt in that dark office in 1942. As he took his last breath, he held a Star of David tightly on his right hand, over his heart, thinking of his mother.

“In the In-Between, he was deeply sorry. His regret was powerfully evident. He was welcomed with compassion, but he didn’t accept it very well. When I asked him, “What was the main lesson of that lifetime?

He said, “Courage!  Standing up for your beliefs.”

He felt that he should have been punished for what his Nazi party did to his own people, the Jews, and for the many deaths of innocent men (Germans and other soldiers) under their command.

“The last I saw of him, he was a big sphere of shame and guilt. Yet, a group of souls was lovingly enveloping him.”

Experiencing that lifetime as Hans gave Christina a new perspective on the “challenges” she faces day to day in this life.

It allowed her to release the anger, blame her past, open to loving, forgiving her mother and sister in this lifetime.  But mainly, it will enable her to accept and love herself more and open up to loving others.

Courage and standing up for your own authentic beliefs, and not being swayed by the “social group” value system, can be difficult.

We are social animals, after all.  But not all “group-think” values are good for the soul.  Dying proud is what we’re all here to in this lifetime. We’re on this planet to make a difference.

So take a look at the life you’re living now.  You can “future pace” to the end of this lifetime, that is, imagine, visualize yourself as your own 86-year-old self, and decide that if what you’re doing today will make you proud.  If not, then you can make a change today.  The point of power stays in the immediate present, and there’s no time like now to begin.

Hypnotherapy, Awareness Therapy, and Past-Life Regression can help please give me a call. (323) 933-4377

Open Your Heart to Love