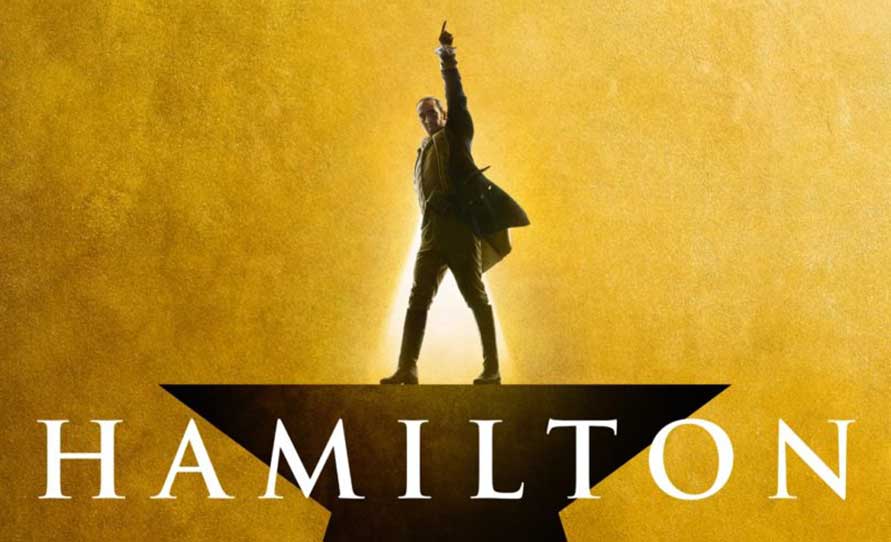 If you want an excellent book that tells the story of the American Revolution, read Ron Chernow’s book, Alexander Hamilton.  It’s the story of how a “bastard, orphan, son of whore… grew up to be a hero and a scholar.” That’s how Lin-Manuel Miranda describes him in “Hamilton,” the musical made from Chernow’s book.  Hamilton knew he had a destiny, and he fought for it.

Here’s the story of a client who came to me when he felt lost, and he was ready to call it quits.

Blue-eyed, curly-haired, and handsome, Tony, 33, was close to suicide when I first saw him. He’d injured his back on a job that he loved – a career in the movie business.  His disability was up, but he couldn’t think of going back to that work.  Something was stopping him, and he knew it wasn’t just the pain.  He was desperate, confused, and at a loss.

“Can help me?” he asked, almost in tears.  I told him that I could help him, but only if he was ready to change.

When people come to me with what would be classified as severe depression, I take it very seriously.  Falling into the “pit of despair” can literally change a person’s brain chemistry because “like-thoughts link together, and like-nerve cells fire together.”   And once “like thoughts” get going on a trajectory hurtling downhill, they pick up speed and become a giant poop-ball that spatters misery over everything.  I call that “poopy brain syndrome.”

I don’t have a magic wand, but I teach techniques that can be extremely effective if someone wants help.  First, I get a commitment that the person wants to change.  I tell them that it’s going to take at least five sessions, so they have time to learn the exercises that can literally improve their brain.  I ask my clients to become “the head investigator,” and to find out what they actually think, do, and believe.  Finding out what constitutes a “hidden belief” or finding out what a person wants is the most challenging part of the whole process, so it takes time.  I get so many calls from people who want a quick solution to a lifelong problem, and they want it now.  One session, please.  But those people are not my clients, because I need smart people who know that everything takes work and commitment.   Second, I get people to flip their brains into “Puppy Brain,” which is focusing on what is good and being enthusiastic.

Now, back to Tony.  He came from a prominent New York Italian family, where his dad owned a huge construction company that he expected Tony to take over.  Instead, Tony defied his dad and headed to Hollywood at nineteen.   He worked his way up in production, ultimately working on many Academy Award-winning movies.

He had a great girl, Leslie, whom he loved, but because he’d been in so much pain lately, sex was impossible.  Leslie wanted to start a family, so Tony felt pressured and overwhelmed.  Now, he was vacillating even about her.

Tony was a fantastic student.  He did everything I suggested, from changing what he ate (what you eat affects your brain!) to listening to his hypnosis MP3s twice a day, walking through the pain, focusing on what worked in his body, and encouraging his back to heal.  Within a few weeks, his back pain disappeared, and he was thinking more clearly.   Because he gave up gluten and sugar, his brain fog lifted, and he seemed happy.  But yet, I still worried about him – a lot.  I would have classified myself as over-involved if I were a traditional therapist.   It was a mystery.

When we did his past life regression, the mystery was solved.

“Let’s take you back to your childhood,” I said.  “Find your parents.”

“I’m seven.  I’m outside my house.  It’s a huge brick mansion.  I’m in Boston.  My name’s Josiah.  We’re very rich.  I’m from a very prominent family.”  He started laughing at the way he was dressed.

There was silence as his face scrunched up.

“Anyone, you know in this lifetime?” I asked.

“Now find your father.”  He found his father, but he didn’t recognize him, and he didn’t like him at all.  A strict taskmaster, his father belittled everything he did.  He could never please him.  I walked him through that lifetime.  He’d gone to Harvard, like his father before him, and his father expected him to become a lawyer.  But Josiah didn’t want that; he wanted to be a part of the Revolution.

His father was a Loyalist, and so all hell broke out at home – classic father /son drama, and not unlike Tony’s real-life relationship with his own father.

“Next pivotal experience,” I asked.

He felt his own leadership skills increase, and he felt proud.  He realized that he was a leader and a warrior.  Then he stopped and gasped, because his “boss” had come to check him out – it was George Washington.

The war dragged on until he found himself back at the moment when he didn’t know what to do.  But then his courage kicked in, he made a decision and led his men onward.

“Next pivotal experience,” I asked.

“Look at your wife’s face.”

“It’s Leslie!  She loves me so much!  She believed in me.  She waited for me.” (Leslie is the girlfriend, whom he was afraid to commit to.)

When he came back to room awareness, Tony understood what he needed to do now.  Because he is a leader, he needed to find a way to use his leadership skills.

And that’s precisely what he did.  He created a fantastic business, moved back home to New York, and married Leslie.

Tony healed by connecting with his own past “hero/leader self.”  He saw that even when all seems lost, there’s always a way out.   He opened to his courage.

We all need courage now.  So let’s all flip our brains into Puppy Brain and focus on how we can make a difference in our country.   Work for justice.  I salute all of my clients, who were brave enough to go out and demonstrate.  Democracy is messy and fragile, and there’s no guarantee that ours will last.  It will only continue if you take being a citizen seriously.  Do your job.  Vote.   Happy 4th of July!