How Past Life Regression Helps a Young Widow Find Her Purpose 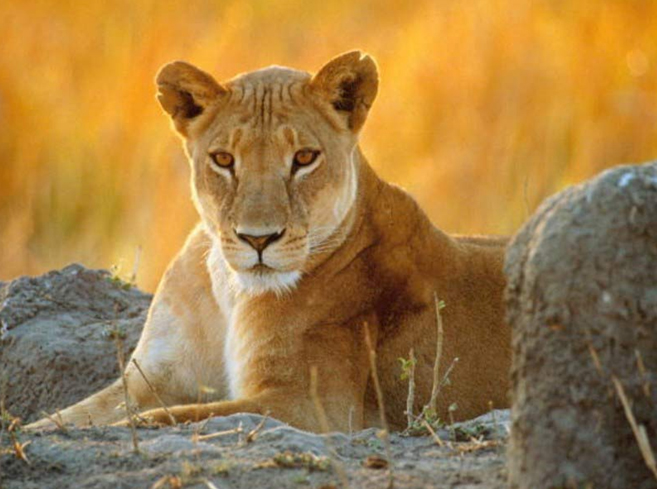 When I first studied with Dr. Brian Weiss, the psychiatrist who trained me to do Past Life Regressions, I was still very much a new widow.  My husband Dan had died a couple years before that and had “come back” from the “In Between.”Like many new widows, I thought I delusional, in some form of addled-brained mourning. But he connected with me in an energetic way and that left no doubt that what I was experiencing was real.  Real, weird and crazy making, because he had wild sex with me.  Ultimately, I wrote a book about my own experience – Love From Both Sides – A True Story of Soul Survival & Sacred Sexuality — and because of that book, many widows contact me from all over the world and tell me that the exact same kind of thing has happened to them.  They thank me for writing the book, because they thought they, too, were just going mad with grief.

One of those widows is Susannah.  A six-foot tall, blond beauty from Los Angeles, she came to see me two years ago, just after her tall, handsome husband of 35, dropped dead of a heart attack.  A sudden, shocking body blow for Susannah, but John had “come back” to her and comforted her from the “In Between,”  When Susannah and I first started working together, she was in “new widow” mourning, and most of the work she needed to do was to just get her brain back from the utter hell of losing a soul-mate husband.  Then we started doing past life regressions, and in the regressions, she understood that John was not just a “soul-mate,” but also one of her guides.  He showed her many lives they’d been together, loving lives filled with warmth and goodness.  John told her that she is from a healer soul group, but in this life right now, she works at a job that has a good, dependable income, but doesn’t excite her intellect let alone give her a sense of soul purpose.My feeling was that something was holding her back – possibly a life where she’d abused her power, and that’s what we decided to go after.  The next part of this is exactly what Susannah wrote, so that you can get an idea of what a client experiences. She saw two lives, and the first life was a happy life… the second one was the one she needed to see:

“Second life was harder emotionally for me. Stephanie asked John if he would show me a life where I abused my power, he asked if I really wanted to see that! Lol We went in and I was again a young man in Pennsylvania, late 1800s. He remained nameless during this session. I first saw myself at 3, when both of my parents died. My mother and a brother were my folks. I then became an orphan and was raised in the orphanage. I was an evil child. I was abusive to animals and other kids. Even the adults were scared of me. I felt so uncomfortable visiting this life, felt more emotion than I have experienced in any other lives. Everyone had fear in their eyes when I looked into their faces. I had no conscious and did whatever I wanted to get what it was that I wanted. When I was about 17 or 19 a man with no family and a shoe business took me in. I ended up killing him when I was in my late 20s, early 30s (in a way that no one had proof but everyone felt it was me) and took over the business. It didn’t necessarily do well, as everyone was scared of me and didn’t want to shop there. Later in life, 50s or so, I killed myself with a handgun to the head. I am afraid of using my power now because I abused it so much in that life. The man physically and mentally is the complete opposite of how I am in this life, and I was just repelled by the darkness I was experiencing and seeing and being.

“As I went to the in-between my soul group didn’t greet me very well, as would be expected. We went into tribunal. I felt the wall-less room was round, and there was a large triangle on the floor, inlayed design in the marble, something like this, except for there was only one circle around the triangle. White marble floors, green marble inlay for the design.

At first I felt like my soul group was with me, behind me in say, a jury box, but it was just my imagination as they faded away as I approached the Elders. There were three main ones sitting slightly above me, in front of me, in a panel type of box. They felt human although I didn’t see any faces or actual bodies, but the energy was projected as a human form, glowing white energy, white robes. The one in the center took off his medallion as I approached and he put it on me. (Leaned forward through the box he was behind) It had a cougar/female lioness, to remind me of the courage and strength I possess. Full body image of the lion/cougar, prowling down the medallion.In gold, about 3 inches.Wide white band for the necklace part.

“He did a mind meld; I felt his forehead come to mine, with his hands on my either side of my head. I felt a lot of heat above my forehead (in reality) as this was happening. As his forehead was against mine, all I could capture was this blinding white light. My mind is still a bit numb as I try to experience it again. Stephanie was asking him to give me my life purpose and I am not sure if I did receive that. (As I type that I hear “you did, you just have to trust us”. Trust is such a reoccurring theme right now!) I was told, stop drinking.

“My purpose is to love and heal. Breathe, trust, believe, love, heal. Sleep on it. He then did a chakra blend with me, and wrapped me in his arms for what felt like an eternity. So much white light! The energy was very intense and overwhelming. At the end, I bowed my head, gave thanks and backed out of the room back to my soul group. I talked with John just a little more. He gave me a big hug, suggested it may be the last, but that he is always with me, where I feel it inside in my core. No matter what, he is always, always with me. Stephanie asked him to show me what he really was, and he flashes me, the projected image of him as the John I know parted down the middle and he was a fuzzy ball of light. I know his true soul, and this will always be a part of me.

“As Stephanie brought me back out, I felt like I had this huge weight on my chest, and I found it hard to breath. I was so mentally stunned from the energy of the Elder and I was physically exhausted. I still don’t feel I’ve gotten a grasp on it, because so much was shared and it was just at amuch higher level, that I can’t quite comprehend it right now. My mind just feels blank when I try to think about it. Full of information, but yet blank, like I just can’t get beyond the white light. Hence, I think, why the Elder told me to sleep on it. It will take a while but it will seep into my consciousness, and be there to use when I’m ready. Stephanie told me to listen to my abundance cd every day which I’m sure will help a lot.”

Susannah is now ready to open to finding her artistic passion and in believing in her purpose.

What I always find fascinating when clients have to go the Tribunal, is how similar their experiences seem to be.  The symbols that Susannah described, many other clients have described as well.  Michael Newton, who wrote Journey of Souls, and Destiny of Souls(two books that landed on my doorstep early in my own mourning) describes the exact same symbols, and my clients haven’t read his books.

Another book I opened at random is a book written 1947 – 67 years ago, when our country had just won a war and things looked good. It’s called “Off Broadway” by Maxwell Anderson, a playwright. Here’s the paragraph that jumped out at me:

“Make your living any way you can, but neglect no sacrifice at your chosen altar (of art). It may break your heart, it may drive you half mad, it may betray you into unrealizable ambitions or blind you to mercantile opportunities with its wandering fires. But it will fill your heart before it breaks it; it will make you a person in your own right; it will open the temple door to you and enable you to walk with those who have come nearest among men to what men may sometime be. If the time arrives when our young men and women lose their extravagant faith in the dollar and turn to the arts, we may then become a great nation, nurturing great artists of our own, proud of our own culture and unified by that culture into a civilization worthy of our unique place on this rich and lucky continent—and worth remembering, perhaps, when our wealth and luck have run out.”