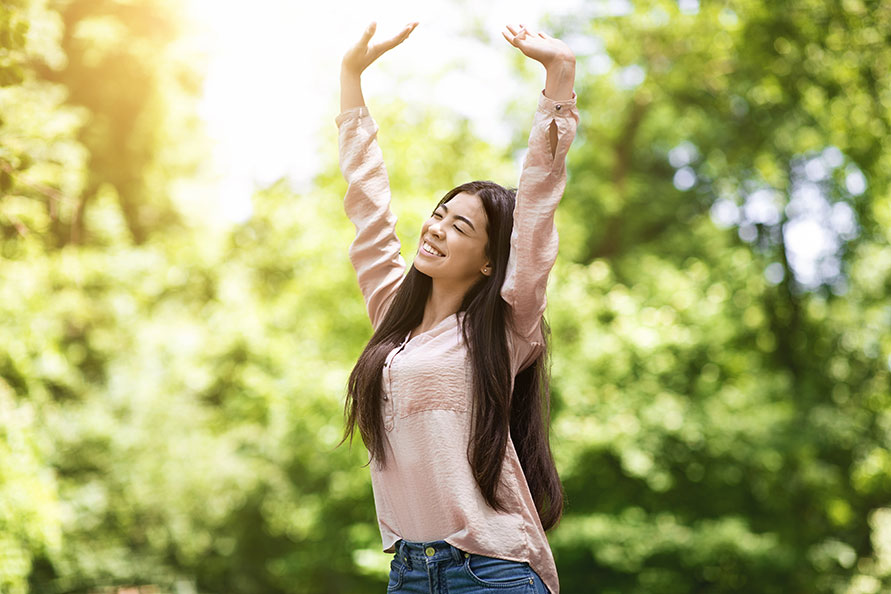 Do you wander through the day complaining to yourself?   Do you feel hopeless?  Do you blame your past?  Your mother?  Your weight? Your husband, boyfriend, girlfriend, the Pandemic?

Join the club!  Everyone does because that’s how your brain functions.

You might wonder, well, how can I change my own brain function?

Mindful-Awareness Therapy, Cognitive Behavior Modification, and Past-Life Regression can re-program your brain.  But first, you have to listen to your own thoughts and be willing to change.  No one can help you if you don’t want to change.

When one of my young clients, a psychiatrist – who hates her job because she’s forced to prescribe meds to young girls with eating disorders – came back for her second session, she said, “Wow!  Only eating while I eat is amazing!  I had no idea I had such a negative inner-monologue!  I’m so negative.  Why didn’t they teach me this in medical school?”

“Because in medical school, they only teach you about drugs, not about healing,” I said.

I work with so many people with eating disorders because I had a doozy of one myself.  I gained 50 pounds when I was fifteen became I became the reluctant owner of a Playboy Bunny body.  I went from looking like a boy – flat chested, no hips at 13 – to bursting out of DD bras at 14.  And suddenly I felt like a hunted animal – until one day the manager at the Smoke House – 27 – tried to rape me.  Trauma – and I gained 50 pounds within three months.  I went through high school with a body I hated (and became suicidal because of that!) but, I had no idea how to get my body back.  My subconscious mind had made the faulty assumption that if I stayed fat, men wouldn’t want to hurt me.  So I couldn’t lose that weight no matter what diet I tried.  And I tried them all!  Pills, drugs, Weight Watchers, OA, you name it, I did it.

How did I finally heal?  It was a long haul, but simply put, one day I just said to myself, “I can eat anything I want to eat, as long as I am truly hungry, I really want it, and I can only eat if I sit my butt down at a table.”  Because of that, I lost fifty pounds.

That’s why I love helping people get healthy and happy now.  It’s why in the first session, no matter who sits in front of me, I always start with the body because I create body-mind awareness.

Here’s a story about Vanessa, a young woman who came to me to lose weight, which she did.  But she also healed a trauma filled childhood and freed herself from a nightmare of a present.

Vanessa was just 24.  Smart, funny, and talented, she came to me because she felt trapped, severely depressed, angry, and defeated.  Born in El Salvador to a hot young mamma and a sexy, handsome drug-runner dad, Vanessa was baby number three, and her parents weren’t 25 yet.  The adventurous young family found their way to Los Angeles when Vanessa was an infant.

Unfortunately, her father, still a drug-runner, was gunned down when she was just six.  And she loved that daddy, but now he was dead.  And she felt abandoned and angry.  Trauma.

That left her young mother to fend for her children alone.  Her mother did it the way many young beautiful women do things – she used her beauty to find men – mostly gang members who filled Vanessa’s young life with drugs and chaos.

When she was six, a bullet meant for a nearby gang member grazed her head, and but hit the gang member next to her.  His body fell in front of her, blood streaming onto the sidewalk.

Vanessa wanted nothing to do with that lifestyle, but her older sister, Rosanna, got seduced into “the life.”

When I met Vanessa, she was 30 pounds overweight.   She lived with her 28-year-old wanna-be musician brother and her 46-year-old mother, who now claimed to be “disabled.”  Her mother’s beauty had faded, so men weren’t falling at her feet, and she refused to work.   Instead, she expected Vanessa to take care of her.  Consequently, Vanessa’s pay-check got eaten up by all the household expenses.

Is it any wonder that Vanessa felt trapped, depressed, and angry?  But she was determined to change.

She followed my suggestions.  She read books, and she did the homework.  She began to change her eating habits and thinking habits.  I saw her once a month, and in the first couple of months, she lost ten pounds.   She learned how to take extreme care of herself and make her own life a priority.   But she still had trouble standing up for herself.   What was holding her back?

We found out in her Past Life Regressions.

In the first Past Life Regression, she saw herself as a poor village woman whose husband had died, but instead of going on with her own life after he died, she became bitter, and she never moved on. She died angry.

After the session, Vanessa wrote: “At the end of this lifetime, the lesson I needed to learn was: ‘How to love.’  I lacked love.  I think I was born into the life I have now in order to learn how to love myself and how to stand up for myself.   To live for a more significant kind of love, not just romantic love.”

Great soul lesson and that helped her begin to change. The next Past Life Regression shifted her perception completely.

When I took her back to the beginning of that life, she saw that her older sister, Rosanna, in this lifetime, was her mother in that lifetime.  And that gangster loved his mother.

Then she saw her “gangster self” spitting up blood into a white sink, and dying all alone.

“Float above,” I said.  “What did you learn in that lifetime?”

“I had it all wrong,” Vanessa said.  “I didn’t value the right things.  I was just like my own dad in that lifetime – I didn’t care about anyone.  I just lived for myself.”

That experience of literally standing in her father’s shoes, and of being the same kind of selfish, mean-spirited person, allowed Vanessa to forgive her father spontaneously.

Vanessa changed the entire story of her life.  And it happened in a flash.  She let go of her victim-mentality.  She let go of her buried rage.  She no longer blamed her father or circumstances.   She realized that she needed the “learning opportunity” of her chaotic childhood to experience the consequence of the lifestyle choices she’d made in her own past lifetime.  Everything made perfect sense to her.  The work she did allowed Vanessa to move forward – she lost her 30 pounds, she moved out and claimed her life for herself.

Be a Late Bloomer!