HOW PAST LIFE REGRESSION HEALED DEPRESSION, ANXIETY, AND ANGER!

The Holidays bring up so many “old emotions.”  They seem to bubble up from the depths… like Godzilla — awakening to destroy your happiness all over again.

But you can stop them.  How?  Cognitive behavior therapy (CBT), along with Mindfulness training and Regression Therapy packs a powerful punch.  Read below if you want to see how one of my clients overcame a life-long history of depression and buried rage.

When Gary walked into my office, I saw an overweight, depressed father of two, who works in the IT business.  He’d been on the psychiatrist prescribed drugs for so many years he didn’t remember when he started taking them, but now they didn’t help him at all.  His sex drive had plummeted, and he felt helpless.  His wife suggested he see me, and he was ready to try anything.  Both he and his wife sat through my first hour’s talk, where I explained how his brain was like a computer, but right now, it was just badly programmed.  I assured him that all he’d need to do was to listen to the CD I made for him, do the “brain exercises,” and follow the other suggestions – like walking every day.  If he did all of that, he’d be fine.  I casually mentioned that being “gluten intolerant” causes a lot of psychological problems because of the antigens that circulate through the blood and create sheer chaos in brain cells.  Not a good thing.

A month later, when I saw him again, he’d lost ten pounds, and felt happy and empowered – he was beginning to remember who he was again.  He’d read about gluten intolerance, and realized that he was allergic to wheat, and decided to give it up.  He simply cut it out completely and now was so much happier, and had so much more energy.  We did the second session, and he got in touch with his “inner infant” who, from his point of view had the misfortune of being a twin.  He also found “his angry inner teenager” who only wanted to do music.  But from his point of view, and from years and years of talking therapy, it was his father who was to blame for his not following his dreams.  He said, “He thwarted me at every turn.”

In the next session, we did a Past Life Regression, where he wanted to know why he felt so much anxiety whenever his family was away.  It made him totally crazy… he felt a panic.   He went back to a life in the 1700s in Sweden, where as a teenager he’d been sent off to town, but when he returned, he found his entire family had been murdered.  During that lifetime, he’d rebounded, gotten on a ship headed for American and made a success of his life.  His panic disappeared. 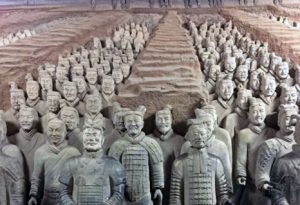 Now in doing Past Life Regressions, the client must want to know the lifetime where a problem, a phobia or an attitude originated.  Because everyone has so many lifetimes to choose from, I have to ask the right question, a specific question, to get to the source of the problem.  One of the questions that provoke the strongest response is, “Why are you afraid of your power?”  (And that usually means, “In what lifetime have you abused the power you had?”)  So I asked Gary’s subconscious mind to show him the lifetime that was causing him to “pull back” on his own power.

“Look to your right,” I said, “Who’s your first in command?”

“It’s my father!” he said. “Yes.  Wow, he’s my most trusted friend.”  He sat there looking over his inner-landscape, watching the action.

“What happens next?” I asked.

“It’s my father.  There’s been a coup attempt, and I’m angry, I want revenge.”

“Okay, now let’s see the consequences of the choice you made.  Let’s see what happened.”

“He was married to a woman, who is my mother in this lifetime.  Wow.  That is my mother!  Because his wife has no way of supporting herself, and she’s shamed, she kills herself and leaves her children orphans.  One of her sons is my twin in this life.” 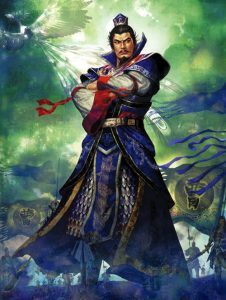 When we “went to the In Between,” Gary didn’t get the usual “greeting by his soul group,” or cluster.  He went right to what Michael Newton describes as the Tribunal, or meeting with “The “Elders.”  Because we were running out of time, I couldn’t keep him there for long.  But I asked him to describe the medallions they wore.  I was stunned because they were exactly like Michael Newton had described in “Journey of Souls,” or “Destiny of Souls.”  Gary had never heard of those books.

Now, after he “came back to room awareness,” he smiled and shook his head in amazement.   “No wonder my father was always giving it to me!  He was just getting even, wasn’t he?  I destroyed his family.  And he was innocent.  I know that now.  Far out. I have a lot of forgiving to do… of myself and my family.

So that shift in perspective, from feeling like a victim of his father’s anger, into one of understanding turned the tide for Gary.  He understands now that sometimes “souls” need to be put in places, situations where they learn what if feels like to be betrayed or misunderstood, or judged badly.  In this lifetime, his father had always “judged him badly.”  Just as Gary, as his Chinese-commander-self had misjudged and put to death his loyal friend and devoted follower.  His father.

Gary’s now ready to go back to his music and enjoy it!

Please give me a call if you want help in the opening to your own happiness.

How Hypnotherapy Changed a Life!