How Can You Keep Your Enthusiasm Fired Up? 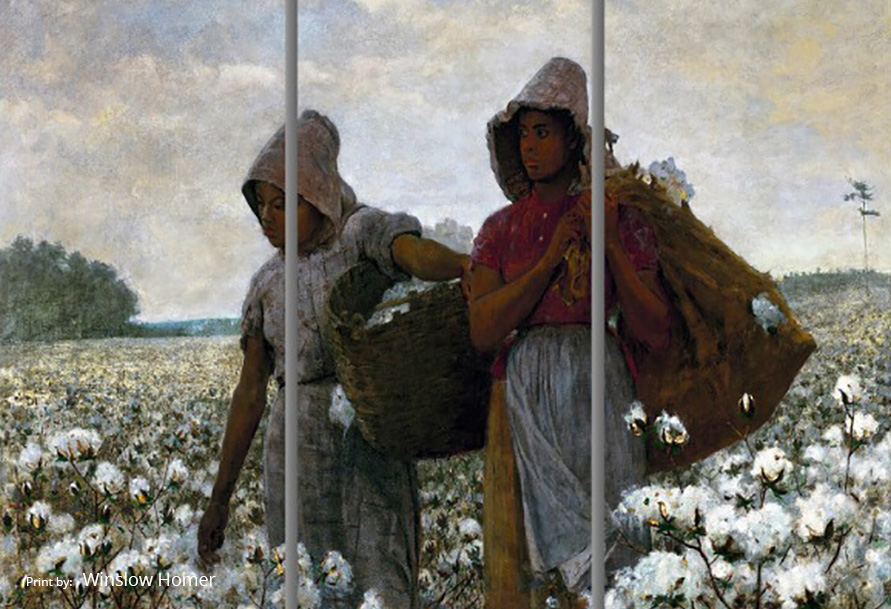 How Can You Keep You Enthusiasm Fired Up?

Keep On Going!  Don’t Let Anything Stop You!

Keeping your enthusiasm high isn’t just for your mental health; it’s for your body and your soul.  Keeping the faith, even when it seems that things are going down the drain, is the key to survival.  I should know because I was a slave in a past-life in North Carolina.  And even though I was a slave, I kept my own dignity.  I stood up for myself.  It’s my proudest life because I never lost hope.

During the Civil War here in these United States, when the country divided itself along the philosophical lines of the rightness and wrongness of slavery, each side believed they were right.

The South believed that enslaving others to do their bidding was their God-given right because they were of European descent.  They were God’s chosen people, and everyone thought it, so it must be true, right?

Back then, because the science of human evolution didn’t exist yet, Southerners didn’t realize that all humans marched out of Africa.  We’re all black people who have lost our skin pigmentation because we walked out of Africa’s blaring sunshine.  My own 23 & Me showed me the place in Ethiopia where my own fierce ancestors (in this lifetime) marched toward Europe.

But back in the late 1700s, however, I was a slave.  In a past-life regression, I did with my teacher Brian Weiss, MD, I saw myself captured from my own tribe in Africa, where my leader-healer father had trained me on how to heal with natural plants and herbs.  Another tribe, working with slavers (they had guns), stormed our village and killed my father, but captured me along with many of my tribesmen.  I was 13, but survived the tortuous middle-passage to the South, because I was the daughter of their tribal chief, and they protected me.

When I was sold at auction, I went to a kind family, who were as much a victim of the social order as I was.  They didn’t like being slave owners, but couldn’t support their lifestyle without it.  Because I was young and pretty, the young wife, a blond, beautiful woman, made me a house-slave and against the rules, taught me to read.  The other house slaves knew who I was and treated me well.  They taught me to cook and sew.

In that lifetime, I made the best of it. I enjoyed what I could. I had five children, three boys, and two girls.  I loved my husband, who was handsome, fierce, and healthy, but he was born a slave.  I became the go-to healer for everyone because I knew plant medicine, and I was able to heal wounds.

When my boys grew to teens, something went wrong with the plantation owner – some financial disaster, and he was forced to sell my husband and sons.  One of my daughters ran off, never to be heard from again.  I still worked in the house, and why I didn’t put a knife through their hearts is beyond my comprehension now, but I didn’t.  I kept on going.

Soon after, the woman’s youngest boy took sick.  When her white doctors could do nothing more, she pleaded with me to help.

I said, “You sold my sons and my husband, and now you want me to save your son?  No.” And I turned and walked away.

“If I heal your son, will you give me and my daughter our freedom?”

She had no choice; she and her husband agreed.  I treated her son, and he survived.  Because I stood up for myself, demanded to be treated with respect, they gave us our freedom.

My daughter and I ultimately wound up in living in Baltimore, among other freed slaves, and because I knew how to sew and make hats, I opened a hat shop.

When I asked myself, after a week of doing lots of past-life regressions, which was my proudest life?  That was it!  I died proudly and used up!

So, that’s how Past-Life Regressions can help you get in touch with parts of you that might be buried away. Open to your own proud self!  Your courageous self.

Cognitive Behavior Modification, Awareness-Mindful Therapy along with Past-Life Regression, can change your perspective and your brain.  So keep the faith.  History is being made now. Our Constitution survived the Civil War, and we’ll get through this mess, but only if citizens take being a citizen seriously.  So Vote.  Take action.  Resist.