I hope today’s story “Let It Go” will inspire you to focus on what makes you happy, reach down deep, open to your purpose and stop being “Frozen” by fear.

People seek me out because they feel a fierce longing, buried deep inside, to discover who and what they are. They all ask: Why am I here? What is my bigger purpose? They might be young, they might be old. They might be black; they might be white, brown or beige. They might be rich, trust fund babies who were raised by nannies, or improvised ghetto kids, dragged up on welfare by drug-addicted mothers. They are all my babies, my clients. And I love them all.

I feel so lucky that I stumbled into my own true soul purpose, albeit, late in life. At 54, I got pushed off a variable psychic cliff, down into a swirling raging sea of fear and utter chaos. And I had to learn to swim. And I learned fast because I had no other options. No husband. No money. No job. Nothing. Among many other things that I learned was: How Not to Panic – and my book, Love From Both Sides – A True Story of Soul Survival and Reincarnation, tells that story. 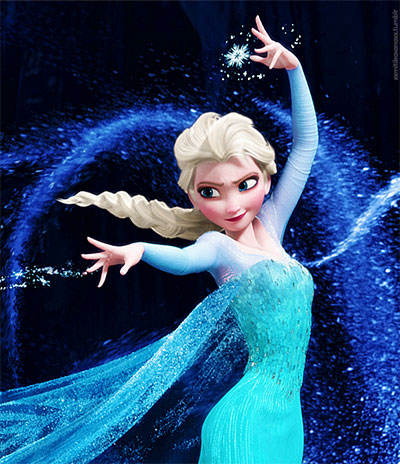 These days, it’s my job, as a person, as a soul, to help others find their courage and to confidently swim into the raging currents of the lives that scare them into feeling “Frozen.”

“Frozen,” and its famous song, “Let It Go!” serve as a jumping off point for today’s story of how regression therapy can help you find your purpose and clarity your goals.
It’s the story of a very young client, Liana, whose “story” is far from finished; actually, it hasn’t really begun.

Liana, who is a very young 20, came to see me because of her intractable anxiety disorder. She’s tried everything and nothing helped. Drugs, talking therapy. Nothing.

She’s a pre-med student at USC, who was raised by two very successful, rich and driven Asian parents. Liana is an only child and her mother drilled it into her head – and tattooed it onto her heart – that she would only be valuable, if she became a doctor. And, because Liana’s a “good girl,” (and a much traumatized one, it turns out), she felt compelled to obey her parents and give them what they wanted: A doctor daughter that they could hold up like a shiny polished trophy, for the entire world to see. You’ve heard of trophy wives, yes? Well, I have so many young clients who are nothing more than trophy children to their very competitive parents.

Smart, petite and pretty, Liana feels isolated at USC, or what UCLA students fondly call “the University of Spoiled Children.” Surrounded by snooty sorority girls and hard-drinking jocks, she couldn’t relate. She’d made no real friends.

Even though she was raised in the Far East, Liana speaks completely unaccented American English. No one would guess that she’s only been in Los Angeles for two years. But, she speaks in a whisper, as if she were afraid of her own voice. And besides that, she seems to “walks on egg shells,” nervous about every step she takes.

The last time I saw her, she came in so filled with anxiety, because she’d just done badly on a test. She’s such a good student and so diligent, (her OCD), I was puzzled.

“What was the test about?” I asked.

“Oh, it was just the kidney. Kidneys are so boring… just a slab of meat!”

I sat there dumbfounded, staring at my darling client, but thinking: The kidney? The amazing kidney? Boring? Really?

Since, I myself, wanted to be a doctor as a girl, I flashed back to my own traumatized, terrorized seventeen-year-old self, trying to study for a physiology exam. In order to study, because there was no peace at my own alcoholic/dysfunctional home, I locked myself into a girl’s bathroom stall at Hollywood High, way in a back part of the school where the chubby girls didn’t congregate to smoke and be normal teenager girls.

There, I studied from a book that I can still see in mind’s eye. (Thanks you, identic brain!). And there, I fell in love with the kidney and how it worked, because it’s f**ing amazing!

Back then, I didn’t know that in my direct past-life, I’d been a doctor in pre-war Germany. I didn’t know that the dreams I had as a three year old, where I saw myself dressed in long white coat, bossing everyone around, were past-life “bleed through dreams.” I didn’t know any of that then. At seventeen, I was just fascinated by the human body, and I wanted to study the DNA. The amazing human body fascinated me then, and it still does. But it didn’t fascinate Liana. At all.

It didn’t fascinate her, because she’s not a doctor at heart, she’s an artist. I know this, because the only classes she loves are her art classes.

So, I looked at her and said, “Since you’re not interested in the body, why do you want to be a doctor? Her eyes opened wide, and she burst into heavy sobs. I let her cry. I knew that she was only trudging toward medical school to please her parents.

So we did a regression to uncover the “whys” of her anxiety, and to discover her true purpose.

In any regression, I first try to find out what might cause problems in this life. And Liana saw a few buried memories: Once when she was only five, she accidentally broke an expensive vase, and her mother was furious.

“My mother trundled me, until I couldn’t scream anymore.”

“She grabbed me by the shoulders and shook me hard back and forth, screaming at me until my father thought she would kill me. But he didn’t stop her.” (That would create PTSD in anyone.)

Then Liana saw another “linking” incident: She’d fallen off her bike as a seven-year-old in the park outside their fancy high-rise. Her caretaker, a young woman, brought her back home, and her mother began to beat up this poor woman up. Her mother smashed her in the face and beat her repeatedly, as Liana watched – feeling powerless, afraid, guilty and shamed.

I asked, “Is this normal behavior in your country?” 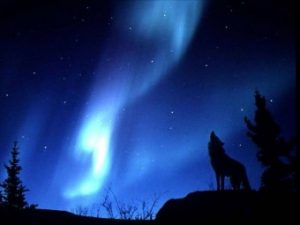 To find out “why” she’d chosen to have such an abusive mother in this lifetime, we went on with the regression. She “saw” a wolf as her spirit guide, who came to give her strength and courage.

Then she saw past-life:

Liana saw herself as an Egyptian man, Omar.

Omar was an orphan, and he was raised by a kind older woman in an orphanage. He lived in extreme poverty. As he got older, he started a business with a man (his mother in this life), but the man betrayed him. He lost all his money.

With no other options, Omar became a trafficker in young orphaned girls for the sex trade.

He hated what he was doing, and felt so ashamed of himself, that he tried to run away. But his boss shot him in the back and crippled him. Still, Omar found a way to escape and he became a language teacher in another village.

Even though he was loved and respected by his students, he never forgave himself for being “bad.” When he died, he died ashamed.

When I asked, “What did your soul need to learn in that lifetime?”

Liana said, “That just because he did those bad things, that doesn’t mean that he was that he’s a bad soul. He just made mistakes.” When we went to the In Between to see how the cluster welcomed Omar, Liana saw that she was from the Blue Clusters – healers, helpers, and transformational guides. Her cluster’s soul job is to be a part of the spiritual “transformation.”

She saw her own guide as a beautiful woman, dressed in a sari. When I asked why she’d chosen such a brutal mother, narcissist, and violent mother, Liana said, “To learn to fight back. To learn to stand up for myself.”

Then she asked her guide about medical school. “Medical school will crush you. You won’t know who you are if you decide to go.”

Her guide then told her that she needed to think deeply about the things that really liked to do and to make a list. She needs to research the various career options that would encompass her interests. So her job is to make a bucket list of the things she loves to do, and begin to do them. Good advice for everyone, yes?

What will Liana do? It’s up to her entirely. No one can tell her what to do, because she doesn’t trust authority. She has a mild form of Oppositional Defiance Disorder – and that’s a good thing for Liana. She needs to feel completely empowered. She needs to hear her own voice and follow her own inner-wisdom.

Like the heroine in “Frozen,” she needs to own her authentic self. She needs to stop trying to please her parents and everyone else. “Let It Go!” is about owning what and who you are, authentically. Being fierce in your own power – no matter what other people think.

So for you? How can this work help you? Don’t get “frozen” into someone else’s idea of who you are. When making life choices, choose love over fear. That will make you feel your own power. Just like in “Frozen.”

Want to hear the “Frozen song?

We’re all here to share what we have learned. And pass it on. Pay it forward. Please pass this along to people who might benefit.

Create Your Own Goddess Group

Create Your Own Goddess Group